From Shakespeare to Joni Mitchell...


In Elizabethan times, in the 15th -16th centuries, William Shakespeare was a playwright, a poet, a builder of theatres and an actor. Today, Joni Mitchell explores a range of artistic talents. Times may change, but artists through history, are not locked into one creative talent. They try it all and do it all. Shunning static labels, they re-invent their creative image. Artists crave for the element of surprise and freshness to stay noticed and desirable. Or does the art enjoy a life of its own, beyond the artist?

From the ancient halls of England, Shakespeare still stands as a multi-faceted artist. He still woos an audience with his timeless plays on human idiosyncracies and weaknesses, murder and mayhem. But he started this fascination by lifting the market value of plays out of the village to village mobile wagon. Plays were no longer just mystery, miracle and morality plays. He injected drama with humanity and gave humanity performance in a fixed structure called a theatre. The Globe theatre was his first experiment. He gave drama respectability and was himself an actor. He mused on 100 odd sonnets. There was more than one string to his bow.

Canadian Joni Mitchell, in the 20th to 21st century, never rests with her career. She writes and sings challenging folk songs, plays guitar, pens poetry and, as a dancer, is involved in creating a ballet. Further, she is a painter. Her Van Gogh inspired self-portrait appears on the 1994 album cover of "Turbulent Indigo". Joni declares,
"I have always thought of myself as a painter derailed by circumstance". June 2000. www.jonimitchell.com

But this hunger and public pressure to be and do many things did not evolve with Shakespeare and is not unique to Joni Mitchell today. Recorded history suggests it all began 100 years before Shakespeare with an Italian genius, Leonardo da Vinci.

Leonardo was a great Renaissance painter, a sculptor, an architect, a scientist, a paleontologist, a biologist, an engineer and an inventor. He loved mathematics. His paintings of the human form are biologically precise. His inventions such as the gyroscope, which is now our helicopter, and his diving suits were products of a visionary man. Mona Lisa's enigmatic smile from one of his greatest paintings still allures through time. Leonardo was an artiste, a luminary.

Why? Why do artists stretch beyond a particular genre or single talent? Perhaps the paintings of Spanish Pablo Picasso, in the early 20th century, may give a clue. Stages of his artistic life are traditionally divided into periods. In his "Blue Period", his paintings were suffused with blue, sombre tones. At this time, Picasso was grieving for the suicide death of his friend Casagemas. But Picasso moved on from this moment in time. His "Rose Period", of 1905-6, followed. Circus performers populated his paintings. Then his Cubist period evolved, where painting space was expressed in geometrical terms.

To keep "painting" and perfecting variations of the same theme is to achieve a rather surreal, false "still life". And life is not like that at all.

The dynamics and variations of living infiltrate art; art becomes a psychological mirror or reflection of the artist's evolving inner life. Life is only a temporary fixed point on the spectrum; so it is with art and the work of artists. Australian cartoonist Michael Leunig was once just a media cartoonist. He has evolved as a wry poet and philosophical guru of humanity's eccentricities. His cartoons are now marketed as artworks, "still, small voices" from calendars and his poetry inspired music. Whimsical, lightly satiric articles reflecting on life's paradoxes appear occasionally in "The Age" newspaper. His artistry gathers momentum, developing a life of its own beyond the creator.

Beyond Elizabethan times, traditional and contemporary interpretations of Shakespeare's plays have evolved. His plays have been staged for live theatre, but have transferred to film as well.

Michael Leunig's work has inspired all manner of souvenir products, such as mugs, T-shirts, fridge magnets, prints and teatowels emblazoned with his cartoon artistry. Many of his cartoons have become modern unique proverbs, such as "Herbal Remedy for Lifeache". For me, one particular cartoon touches the inner sanctum. Imagine a little man, centered calmly on a chair, holding a candle and a blue vase on his head, gaily sporting 3 stems of flowers. Next to the image is:
"Favorite worn and shabby domestic items
The armchair of philosophy.
The teapot of truth.
The pillow of faith.
The rug of constancy.
The vase of tranquility.
The dog of sanity."

Joni Mitchell has set a model for the future, challenging other artists to integrate music, dance and painting. One talent cultivates another; one needs the other.

Many artists do it all in their own lifetime. Some special artists breathe a life into their work that lives on, long after their time is done.
Posted by Gemma Wiseman at 02:32 No comments: 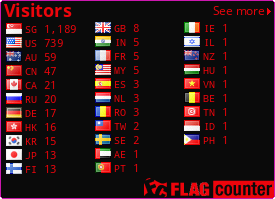